I am in the midst of re-organizing…   Not my favorite thing to do but came across some footage I never shared…  I am thinking it might be interesting to share over the next few weeks some of what I do when I’m out of town.  I was invited to speak last year for the Shattering the Silence Tour…. This is raw footage, so you have to forward to 3.36 for the start.  Enjoy and share!  Namaste~ Annie

Email your letter to Beheard@hotmail.com   See it published here.  Just a couple of guidelines. 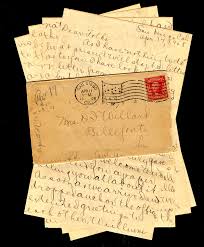 What would you tell yourself if you could go back in time and talk to that child you once were?

Keep profanity to a minimum

If you wish to remain anonymous please sign your letter that way.

That is it!   I hope this is a project that you find helpful.  Be kind to yourself and happy writing

My guest writer page is by real people with real stories and real ideas and we would love to hear from you!  Send your article to BeHeard@hotmail.com

Begins With Lemon and Ends With Pie

Since last night, almost as soon as the Toronto Star published the article wherein eight women — including Lucy Decoutere — came forward with allegations of abuse by Jian Ghomeshi, i’ve been reading a number of variations on the theme of being done with the Jian story. And i can sympathize.

I’m done with Jian Ghomeshi too.

But I’m not done with Lucy Decoutere.

I’m not done with any of the other seven women whose stories are reported by the Star.

I’m not done with the unnamed woman who spoke yesterday evening on CBC’s As It Happens.

I’m not done with any potential survivors who haven’t spoken yet.

I’m not even done with them if they don’t speak.

I’m not done with the women who have been assaulted by other famous or well-loved men.

Finally home and catching my breath! Rebecca Kimbel who is producing the Duct Tape Video was thrilled with all the photos and the stories. All I can say is Thank you so much and keep them coming. What has been most gratifying is the stories of conversations that have begun in some families over this simple photo. I hope that there are many more begun that I haven’t heard about. I applaud those of you who declared your first step to healing by posting a duct tape selfie.(photo)

WE HAVE BEGUN SOMETHING BIGGER THAN EACH ONE OF US ALONE.

WE HAVE BEGUN TO COME

I am going to be filmed during an interview discussing statutes of limitations, Child Sexual Abuse  population, cost, statutes of limitations, pain, part of my story, what children today are living through behind closed doors, what adult survivors of abuse carry with them today and why I do all this.  I will also be talking about why we call all this a SILENT CRIME, ergo, the duck tape.

I need selfies or photos sent to me similar to the ones you see here.You don’t…

My Tweets
Humblebee & Me
Lead Today

Helping the Next Generation of Leaders Develop Themselves

Memoirs of a Wounded Healer

Discovering the silent spirit in me. Addressing child sexual abuse in ourselves, family and communities. Ultimately working to end sex offender access to vulnerable people.

The Official Blog Site of Ressurrection

For Survivors of Abuse and those who care about them

Get it off your chest.